Rehearsals for this year’s Senior School production are underway, and this year’s Production Captains tell-all about the grimy gangsters who are set to parody the rise of Hitler and Fascism through the character portrayal of Arturo Ui, who embodies Hitler, Al Capone and the general traits of leaders who use corruption, extortion, blackmail and violence to get their way.

“The Resistible Rise of Arturo Ui” tells the story of a Chicago Gangster who takes control of the vegetable trade in 1930’s Chicago. The play was written by the German playwright Bertolt Brecht in 1941. For lovers of satire, who enjoy having the spotlight playfully aimed at real-life issues, this is a must-see play that will offer clever and ridiculed insights into historical world events.

Due to Covid-19 restrictions on theatre audiences, this year’s Senior School Production will be staged in the School’s Black Box Theatre. The play lends itself to a more intimate audience and the moody setting of the Black Box, which will be cast in a new light with creative staging and personal performances from a smaller cast.

The play will be performed in the last week of Term and tickets go on sale soon.

Below, our 2021 Production Captains talk about the play and rehearsals so far.

Indi-Mara:
How is the cast responding to performing a lesser-known play for this year’s Senior School Production?

I think the fact the cast has not much prior knowledge of the show and script really lends itself to the actors making their own creative choices with their characters. I know from a director’s perspective this is a great thing as we can really play with the satirical aspect of the show, this could be through the set choices, characterisation, or costume. All in all, it’s been great to experiment with our creative sides as we explore the different paths we can take with really making the show our own.

Lucy:
How often is the cast rehearsing, and what are some of the theatre tricks being used to make every rehearsal count?
At the moment rehearsals are twice a week and are filled with energy and enthusiasm from our cast as we watch the show come together scene by scene. We also have rehearsals on some weekends and had our traditional three day intensive during the first week of the Easter Holiday. All of our rehearsals are extremely productive as for the first time ever we have three Junior Directors from our 3\4 Theatre Studies class helping Ms Ellison. This makes it easier to rehearse multiple scenes at once allowing for the Production to come together in time for the all-important opening night!

Indi-Mara:
How has the cast immersed in the 1930’s Chicago mobster vibe?

The cast loves the 1930’s Chicago mobster set up of the show. There’s something for everyone – jazz clubs, gangster’s, gunmen, politicians, we have it all! The jazz club aesthetic has been a big theme we have used through-out rehearsal of the show, you’ll see scenes in jazz clubs, jazz music, some over-all jazz club vibes to really capture the 1930s setting.

Lucy:
Is it true that the play has frequent references to Shakespeare? How are these references used in the play?
It is true that the play contains many references to Shakespeare. These references are mainly used to convey the main themes of power and corruption. Much like several of Shakespeare’s characters, this play deals with characters that crave power and will do anything for it even through propaganda and manipulation. Our production this Year details how easy it is for anyone to fall into the trap of corruption while attempting to better themselves or climb up a set hierarchy. But in order to fully understand the weight of these references you will have to come and see the show!

Indi-Mara:
What are some of the real-life events, places, or people that the play parodies?

The Resistible rise of Arturo Ui was written by Bertolt Brecht who wrote it as an allegory for the rise of Hitler and the Nazi in the 1930’s. He wrote it in order to inform the general public and other countries of what was happening in Nazi Germany in the 30’s. Arturo Ui represents Hitler, the gangsters represent the Nazi party and various other main characters parallel other political figures of the time. However, while keeping the original meaning behind the text, we have steered away from the specific Hitler and Nazi intention and have created the general impression that Arturo Ui represents any corrupt and power hungry leader, even those in modern day politics. (We’ll leave that bit up to your imaginations!)

I think the most rewarding thing is watching all the characters come to life. When you are in the initial stages of planning a production, it is difficult to take your vision from paper to the stage. However, it has been such an amazing experience watching each scene develop and watching cast truly become their character and having fun doing so. Watching your vision come to life is one of the most rewarding experiences I think can happen when you are responsible for planning a production.

The 2021 Senior School production cast rehearsing for The Resistible Rise of Arturo Ui : 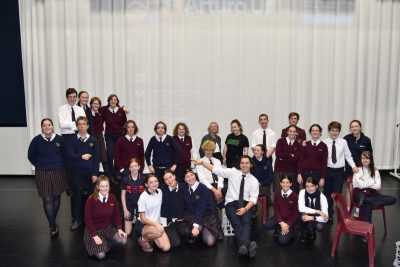 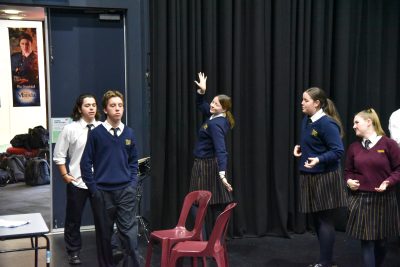 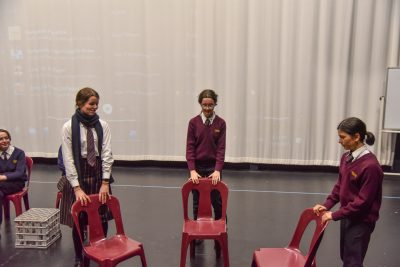 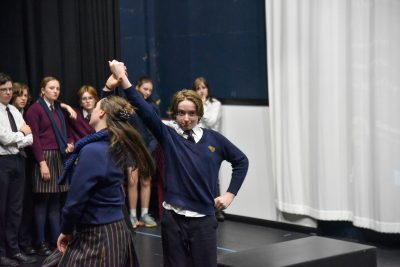 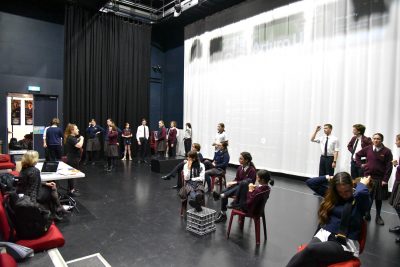 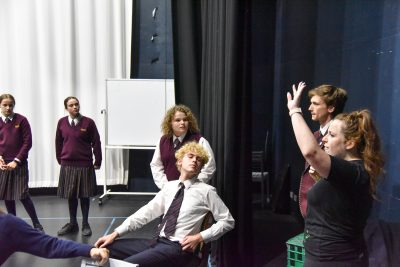 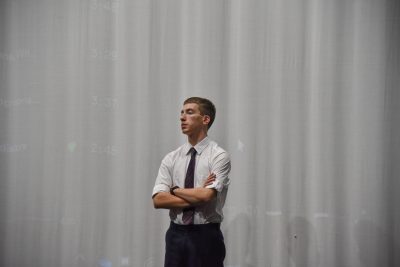 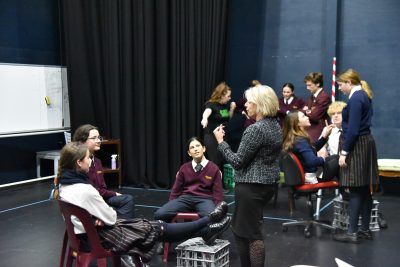 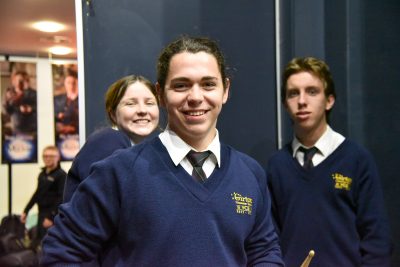 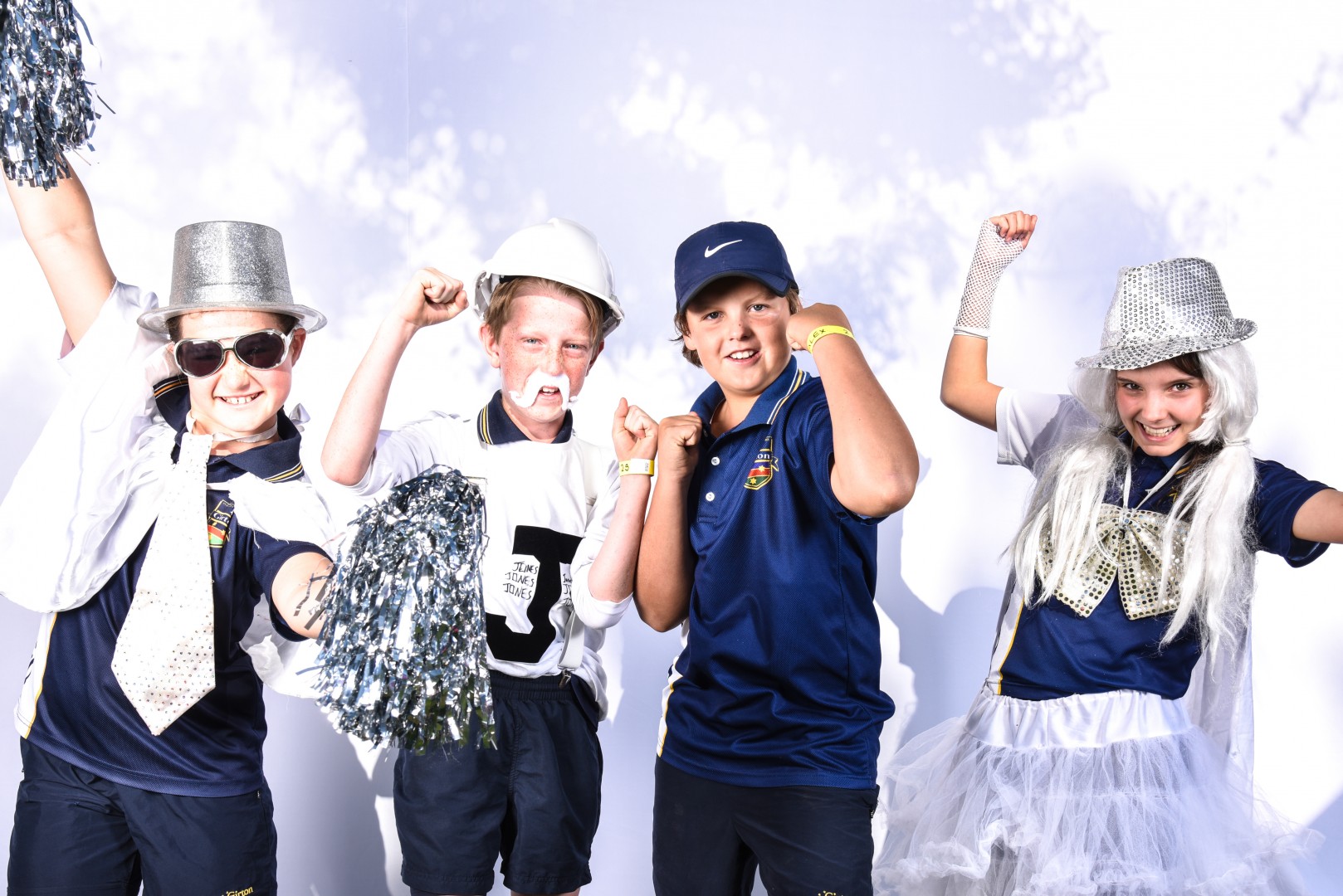 It was a resounding and inaugural victory for Jones House at the recent Senior School Swimming Carnival. In a rare double, Jones […]