On the website for the 2020 Young Achiever Awards, the Minister for Youth, Gabrielle Williams, says that when young people are involved with civic life, everyone benefits. A conversation with Year 10 Girton student, Harriet O’Shea Carre, confirms this sentiment and engenders a level of calm about the future of our planet and our species.

As the winner of a 2020 7 News Young Achiever Award (Victoria), Harriet’s passion is contagious, and it needs to be. Along with two friends, Harriet instigated the Schools Strike 4 Climate Change movement in Australia and with fire in their bellies, they soon had a movement with thousands of Victorian followers that led to the first national Schools Strike 4 Climate Change protest.

Harriet should have received her award at a fancy event ceremony in Melbourne but seems content to have saved the carbon miles and to be quietly recognised via a live-stream digital event.

“I was nominated for the Young Achiever Award by a contact in Castlemaine who runs community campaigns, but it was six months before I heard anything about the award because the event was postponed time and again.

“Once I found out I was a finalist I joined a Zoom meeting with the other finalists, and the award was announced that way, which was fine,” she said.

The Young Achiever Award recognises Harriet’s commitment to human rights, especially through climate change action. She has been awarded in the “Create Change Award” category, and that is just what she has done.

Amongst other accolades such as being the co-winner of the Bob Brown Foundation 2019 Young Environmentalist of the Year Award, last year Harriet was an Australian representative at the United Nations Youth climate Summit in New York, which she says was an incredible experience.

“In New York, I had to do media and had the chance to meet world leaders and other climate change activists. It was an eye-opener and a fantastic experience.

“I have a dual passport because my Dad was born in the USA, so I was also able to visit family while we were there, which was fantastic,” Harriet said.

“It has taken me a while to join the dots between human rights and climate change.

“With climate change, I could not directly see what impact the issue was having.

“A couple of years ago, I started to realise how connected all of the issues are – climate change is linked to many social issues. For example, it disproportionately impacts women and those in poverty.

“This realisation of the connection between climate and people is when I felt a moral responsibility to step forward to do something.

“As someone who is privileged and has resources, I feel I should fight for a more just world,” Harriet explains.

It was only three weeks after the now internationally renowned youth activist, Greta Thunberg started striking during school hours in Sweden, that a friend of Harriet’s read about the school strike in The Guardian and spoke to Greta about doing something similar.

“When we started the Schools Strike 4 Climate Change, it did not feel like we were joining a global movement, more just taking a brave first step ourselves. At that time, Greta was not yet a household name. 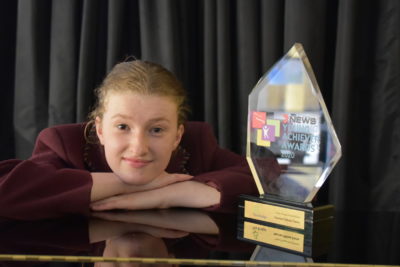 “We made contact with the Australian Youth Climate Coalition to get support for a plan and publicity, and we came up with ‘strike November’ which involved weekly strikes culminating in a national strike to demand action on climate change.

“The national strike then caught on internationally, and now #SchoolsStrike4ClimateChange is known the world over,” she said.

Harriet summarises the group’s focus as being to empower youth voices, especially those under eighteen who don’t vote. She believes that young people are underrepresented and frustrated about what is happening to our planet. She sees the lack of action on climate change as unjust seeing it is the young who will inherit the planet.

“Young people need to demand action to have the future that we deserve.

“Our activism has evolved into something that tries to include young and marginalised people because while the rich people make the decisions, they will suffer the least. The underprivileged need to be heard as they will be most affected,” she said.

Harriet is convincing when asked what she thinks about people who say the group is interested in striking as a means of skipping school, or that the strikes are undermined by forfeiting education about environmental issues that could be gained within the classroom.

“No one is striking because they want to wag school, but because there are no other options. We want to use our education to create a safe planet.

“It honestly feels like there is no other choice and the irony is that if we do get the action that is needed, there will be no need to keep striking, which at the moment, is our main vehicle for change.

“It’s actually a really big sacrifice of time. Last year we were striking almost weekly at one point, so a lot of extra work on weekends was required to keep up with studies,” she said.

For someone so young, it is easy to imagine a passion fuelled by anger and frustration at the apathy that surrounds her, but Harriet sees herself as one of the lucky ones and therefore as someone who should act.

“As someone who is privileged and has resources, I feel I should fight for a more just world.

“Part of my privilege is that I have been educated by my family and my school – it’s unique circumstances, and I understand that people have different values and beliefs because they have not had the opportunities that I have had.

“I think it’s really important never to be angry with others because it’s isolating. 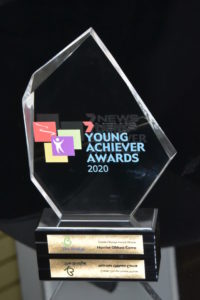 “An empathetic approach is essential because we are all a product of our society and we need to be aware of this.

“Society is always changing so if you are open-minded and respectful, there is a much better chance that people will change their minds about things,” she said.

There seems little doubt that this passionate activist is capable of taking people on the journey with her. With a quick smile, fast words and a genuine understanding of context, Harriet has some simple advice for anyone willing to take small steps to change.

“Conscious consumerism is the best first step to take. Things like ethical and sustainable clothing, understanding where our food comes from and using public transport, all make a difference.

“I would also suggest that people get involved in their political system. Write to your MP’s and get things on their agenda. They represent you, so tell them what you want. It’s important to vote in a way that aligns with sustainability,” Harriet said.