Connor McCaig has just finished VCE at Girton Grammar School and perhaps his passion and accomplishments in bike riding is what has taught him to play to his strengths.

When asked about achieving a healthy life balance in Year 12, Connor is clear in his response. 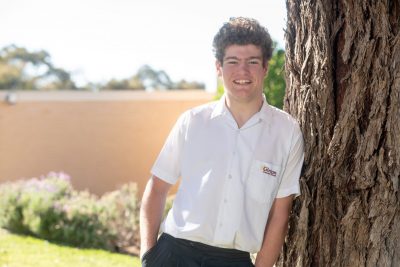 “You know yourself best, what works well and what doesn’t work so well, so play to your strengths rather than your weaknesses.

“I think it’s important to make time for family and friends, but complete all that needs to be done first. It helped a lot that the school is open late. Often I stayed after school to complete school work whilst I had the momentum,” he said.

Connor is contemplating a gap year next year to continue his cycling career overseas in Belgium, Germany, Switzerland and America, then hopes to pursue University studies in Exercise Science/Physiotherapy. He says that the best thing about Year 12 was the freedom afforded to the older students.

“The Study Periods in Year 12 were really valuable for me, allowing me to get school work done so I could train on the bike in the afternoons. We have special Study Rooms and I really enjoyed the comradery between friends in my particular room.

“My greatest support this year has been my family. I cannot thank them enough for what they do for me, encouraging me to take every opportunity available to me. They have always been there for me and I know that they always will be,” he said.

Connor also singles out two particular teachers, neither of whom taught him in the classroom, who helped him in ways that will stay with him forever.

“Mrs Trish Timmins taught me viola for eight years and her support in so many ways has been amazing. Mr Nigel Vernon has been more than just the Master in Charge of the Girton Racing Team (cycling). He has basically been a second father to me and helped to shape me into the person that I am,” Connor said.

Connor says that Girton has helped to put him in a good position to face a more autonomous future.

“Girton has opened up so many opportunities for my future, in particular the Community Service opportunities that have been available to me have helped me connect with the greater community and to understand what ‘real life’ is about and what to expect later on.

“I have learned that there are no free rides in life, you get out what you are willing to put in,” Connor said. 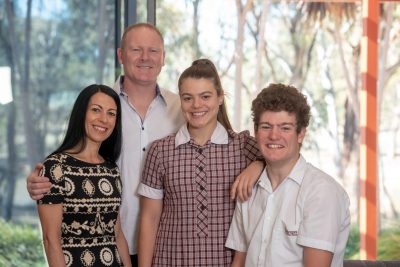