Year 12 Girton Grammar student, Alexander O’Shea, has worked diligently this year but says that his friends became like family, looking after one another and making sure that everyone got through together.

Alex said that surrounding himself with people who genuinely cared for him was key in making sure he enjoyed and succeeded in Year 12.

“I found that the people I worked with most became the people I also came to trust most in the world. You spend so much time together and you’re all going through the same things, so your cohort becomes like your family,” he said.

Alex studied English Language, Biology, Chemistry, Environmental Science, Further Mathematics and Mathematical Methods and plans to go to Melbourne University in 2019 to undertake a Bachelor of Biomedicine and a Diploma of Languages. Next year, he plans to take a Gap year to follow personal passions, which will involve coaching gymnastics, tutoring and working for the regional branch of Tournament of Minds.

Alex credits his teachers for helping him get to where he wanted to be during VCE.

“My Environmental Science teacher and Further Mathematics teacher, in particular, worked incredibly hard to help me all year and I felt that they genuinely cared not only about how I scored, but how I was faring throughout the year.

“It must be tough to be a great teacher but also show genuine care for the wellbeing of students. I feel as if both of these teachers found the perfect balance between pushing me to achieve my best and making sure I didn’t burn out,” he said.

Alex said that his time at Girton had provided many memorable moments but he will always remember the moment when the Year 12 cohort did a choreographed jump into the pool at the Swimming Carnival.

“Being a part of that was such an amazing moment. It really showed the spirit of my year level. The atmosphere was incredible and it was a tradition I had been looking forward to since Year 7,” he said.

Alex said that if he were to give anyone advice about Year 12 it would be to not put unnecessary pressure on yourself and to look outwards.

“I think it’s far more valuable to focus on helping others than focusing solely on yourself. Get yourself where you need to go but make sure you take the time to help others get there as well.

“You’ll feel better about yourself and the small things you do for others don’t go unnoticed,” he said.

Photo below: Alexander O’Shea with his father, Paul and mother, Melanie. 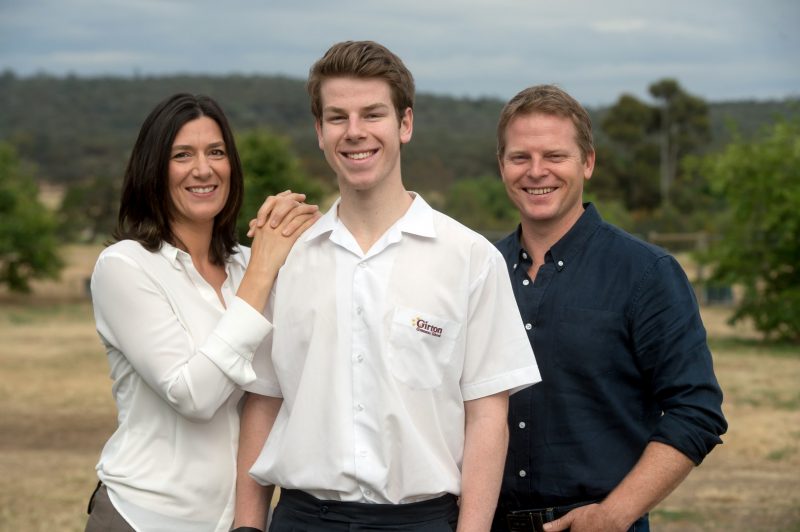 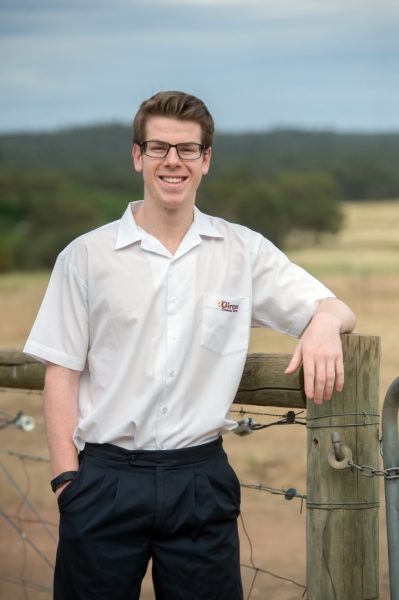