36 students and 6 staff members have recently returned from the trip of a lifetime to Cambodia and Thailand as part of the renowned World Challenge program.

Girton Grammar School has been taking students on World Challenge trips since 2006 as part of its Outdoor Education co-curricular program and more than 230 students have taken part in a range of trips.

The trip highlight for many participants was the 5 day trek through the Chiang Dao region in northern Thailand.

Gracie Jackel (10 Frew) said that the terrain was difficult and the humidity exhausting but that the feeling of accomplishment made it all worthwhile.

Alexi Ginis (9 Riley) concurred, saying that the trek had amazing scenery and that talking to guides was really interesting.

World Challenge trips are well known for having a lasting impact on students who are regularly taken out of their comfort zones and often confronted with experiences with which they have had no previous exposure or experience to draw from.

“We are constantly told not to take things for granted, however for me this only really hit home once I had travelled through a developing country such as Cambodia,” Gracie said.

“Seeing the contrast in our lifestyles definitely showed me that all the technologies and luxuries we are surrounded by are just a benefit. They don’t actually impact greatly on your quality of life,” she said.

Alexi said that he learnt that he cannot always do everything for himself; “Sometimes I have to let go and let someone else be in charge of things. Making decisions in large groups can be difficult,” he said.

Part of the requirements of the trip was for students to immerse themselves in local communities and do charitable work in remote villages.

Gracie said that her group worked in a school concreting a patio area that will complete the on-site teacher’s accommodation at the school.

“We worked in any condition thrown at us but it was always exciting at the end of the day to go to one of the conversation classes with the local teenage kids.

“Most of the time sitting down to have conversations was forgotten because we were all more interested in playing soccer!” Gracie said.

“We met some crazy, interesting and funny people in our English conversation classes.

“And I learnt lots of different skills on the building site such as concreting, bricklaying and measuring from drawings,” he said.

Working in teams is a dominant feature of any World Challenge expedition, presenting both challenges and rewards as students find their place in their group and get to know one another.

“Team 3 was fantastic. We certainly learnt to rely on each other and it was a great chance to get to know the girls,” Gracie said.

“Our leaders were amazing, taking care of all 14 of us, though I like to think we weren’t too troublesome!

“One of the great team bonding moments was eating scorpions in Thailand. Ann, our Group Leader, promised an extended curfew if we all managed to swallow a scorpion. It was great to see everybody have a crack at it and yes we got a longer curfew,” Gracie said.

Meanwhile, Alexi said that there were many funny moments in his group, helping everyone to bond.

“We had many bottle-flipping competitions which were hilarious to watch, as well as many jokes and stories from our shared experiences.

“I met lots of people on a deeper level whilst on expedition which was a fantastic experience,” he said.

Both Alexi and Gracie said that they would warmly encourage anyone contemplating taking part in a World Challenge trip to grab it with both hands.

“Take on everything with an open mind,” Gracie said.

“Be ready to experience amazing things and be open to doing new things that may not seem like something you would normally do,” she said.

Alexi concluded by saying; “Enjoy every minute of it and don’t take it for granted. Make a travel diary and take a camera to share the best moments when you return.” 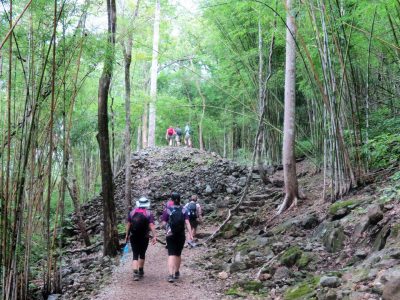 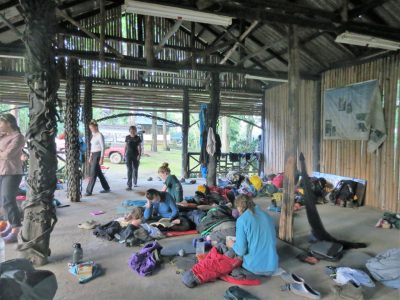 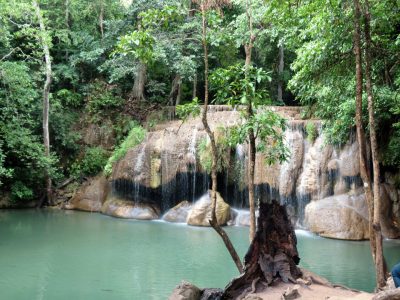 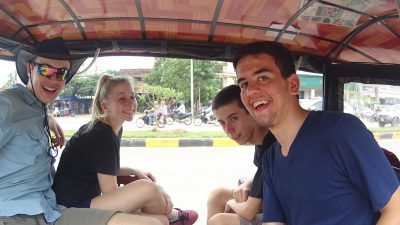 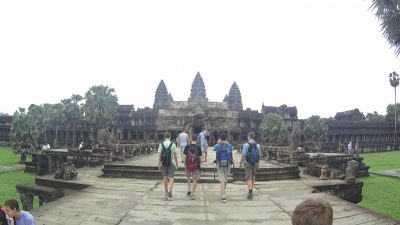