VCE Theatre Studies students from Girton Grammar School, visited Lot 19 in Castlemaine where an enormous crocodile is being constructed for the School’s forthcoming performance of Peter Pan.

The crocodile will feature on the large Ulumbarra stage and its creators plan on making sure it has maximum impact.

Ewin Wood (Natural History Productions) one of Australia’s pre-eminent Natural History Preparators is an expert at animal recreations big and small, including the dying art of taxidermy.  In his Lot 19 studio, he has teamed up with Julian Chapple a professional Artist and Puppeteer, to construct the giant crocodile sections.

“When we first met with the Girton Grammar Drama staff, we were asked whether we could construct a realistic looking crocodile that could swallow Captain Hook whole.

“Naturally, our first question was whether they would also like the crocodile’s eyes to light up for dramatic effect. In this business, we are asked to perform all manner of seemingly impossible tasks, and we love that challenge.

“Working on a theatre prop that needs to actually function has been incredibly interesting.  My model making skills and experience in building many crocodiles for museum display, combined with Julian’s artistic puppet skills has been the perfect marriage for this project.

“It was fantastic to have the VCE Girton students visit today and give them a behind the scenes look at a design studio in full swing,” Ewin said.

Tick Tock the Croc is made from timber, steel, foam and textiles. The opening jaw will span 3 metres in height and require two students to control. An illusion of the crocodile’s body will lurk behind a screen of LED lights and its segmented tail, operated by another two students, will flail at the end of the screen opposite to the enormous head.

Head of Drama at Girton Grammar School, Mr Nick Pease, said that the forthcoming production will be full of action and that Tick Tock will be a thrilling feature.

“Ulumbarra Theatre is a big venue and we wanted to create something visually spectacular.

“We try to give our students an experience to remember and one that gives them a good idea of what is involved in putting on a professional show. This includes a student publicity team which is working hard to sell tickets to the show to cover production costs, which is all part of managing a show of this size,” Mr Pease said. 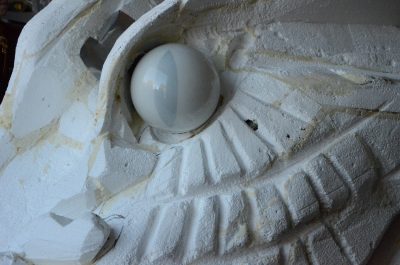 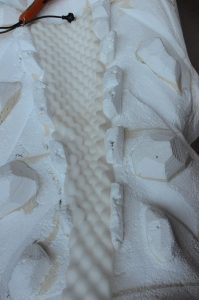 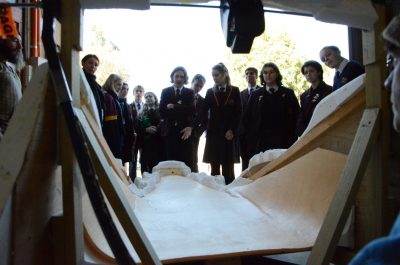