Alicia was born in Australia to a Chinese mother and an Australian father but moved to China with her family at age two. There, she attended boarding childcare, which, she says, completely without malice or sarcasm, “teaches independence.” This seems to have been the case given that when her family returned to Australia with Alicia aged ten, she spoke virtually no English, but waltzed into Year 5 at Girton Grammar School and never looked back.

“I remember my teachers miming to me when we first arrived back in Australia but by the end of Year 5, I think I was fluent in English. 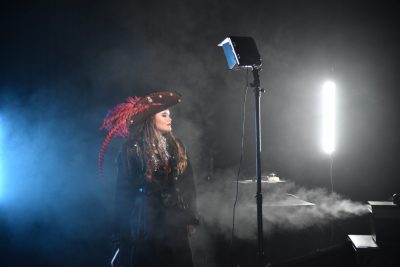 “I also remember my one line from the Junior School production, ‘nice to meet you’, with a long hiss on the ‘nice’. I loved it and I have been hooked on Drama ever since,” Alicia said.

Alicia played violin whilst in China, which was normal in that country at the time, with children as young as two mastering the instrument. However, it was piano that she learned and loved under the tuition of Girton Grammar’s piano teacher of more than 27 years, Mrs Betty Higgs, who also taught Alicia’s father and his sister, Alicia’s precious Aunty, when they were at Girton.

“Mrs Higgs completely took me under her wing and it was she who suggested that I should take singing lessons and develop my voice.

“This turned out to be one of the best decisions I have ever made and is much of the reason that I have been able to become a better all-round musician and actor,” Alicia maintains.

Alicia’s rise to standing in the Performing Arts has been of the slow-burn, sustainable variety, taking on a role as ‘peasant number 17’ in the Year 8 production of Cinderella and then also in Year 8, a squirrel and ‘branch number 4’, in the Senior School production of Into the Woods. By Year 9 Alicia was in the chorus of the Senior School production and had shed her history of being a ‘number’, this time, playing a male Scottish farmer in The 39 Steps and ending up with more lines than the script originally demanded. It was during Year 9 that she took up singing lessons with Mrs Schatzle, who Alicia credits with having given her a voice and as being instrumental in her landing her first minor lead role.

“Getting the role as a Silly Girl in the Senior School production of Beauty and The Beast was my proudest moment in Drama up until that time.

“I remember looking at the chorus cast list and being devastated not to get a part, only to have a friend standing next to me tell me to look further up the list, and there I was, a Silly Girl!

“It was one of the best days of my life and I think from Year 10 onwards, Drama became more like a passion and less like a hobby to me.

“I think it was about this time that I was shown my acting potential and wanted to do more and more on the stage,” Alicia said.

Last year, Alicia played Titania in the Senior School production of A Midsummer Night’s Dream and she remembers the audition well. 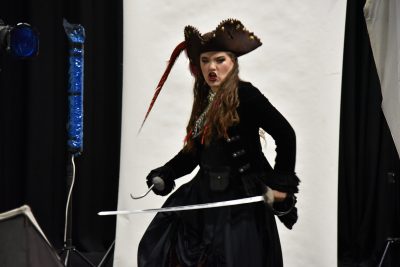 “Most people auditioned with the song ‘Love Fool’ but I chose to sing ‘It’s Oh So Quiet’ by Bjork because I felt it would be more memorable and suited my personality and voice.

“I was asked if I would perform the well-known scream in the song and I remember being so nervous that I could only reply that the panel would just have to wait and see. And of course, I did the scream!” Alicia laughs.

While Alicia was belting out Bjork at home morning, noon and night, her younger sister Mia, meanwhile, had landed a lead role in the Girton Junior School Production of the The Lion King, making their home one of music and merriment. Luckily, the Mc Govern’s are a family of music, with a much-loved Aunty, plus Grandparents, living within line of sight of the McGovern’s front door, and all supporting Alicia and Mia in their creative pursuits. Alicia describes her Aunty as the most supportive person she knows and as a dear friend, whilst her mother supports both the girls in everything that they do.

As an adjunct, Alicia and Mia’s Grandparents were instrumental in the 1993 revival of Girton after the collapse of Girton College.

Fast forward to this year’s Senior School production and fittingly, in her final year at School, Alicia has happily reached the pinnacle of her Girton Drama journey, playing a lead role in Peter Pan, as the notorious and determined Captain Hook.

But not any old Captain Hook, her Hook.

“I was so nervous auditioning for Peter Pan because it is my final year at School and my last chance to be part of one of our incredible shows. I wanted to interpret the character as someone tough and sure of themselves.

“I am never happy with my auditions. I find it more nerve racking than a performance. With performance, you know you deserve to be there, with auditions, you question yourself and you do not know what the Director is looking for. 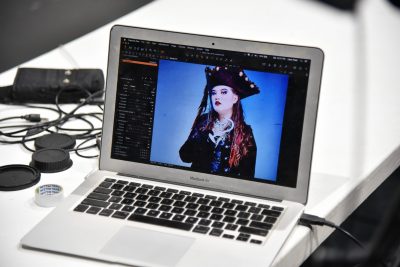 “The costume team asked me to wear pants but I refused and said – I am my own woman, not my own man – which my friends now quote back at me at every opportunity they get!

“I believe that Hook should not have to be a man. On stage, as in life, if you are a woman, use that to you advantage, you do not have to try to be a man,” Alicia says.

When asked how doing a Shakespeare play compares to others, Alicia maintains that Peter Pan is infinitely more difficult than Shakespeare is.

“With Shakespeare, you perform a big chunk of script that is physical, lyrical and poetic. With a play like Peter Pan, however, the dialogue is shorter and sharper and nuance of expression is everything.

“Our Peter Pan cast is heavily reliant on one another to remember and deliver lines to perfection because every line relies on the one before it and the on the one that will follow.

“For this reason, acting is every bit like a team sport,” Alicia explains.

Alicia’s parting advice, having completed VCE Drama and VCE Theatre Studies last year, and as she hurtles toward becoming an Old Girtonian is, as mature as you might expect;

“The things you get out of being in a Production are a sense of independence but also reliance on one another and what a real team effort means.

“Just because you are a lead character, does not mean that you are not part of the team. You need to be a role model and encourage others. 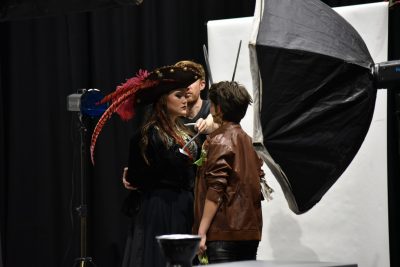 “The production results in a huge range of personalities coming together. You meet people from different year levels. I have met some of my best friends through the Girton Drama productions.

“It doesn’t matter if you have no lines or 300 lines. Dedication and commitment is what matters.

“There are way too many fantastic teachers and staff to thank for such an amazing school and Drama journey, but I must mention, Ms Schatzle, Mr Pease, Mrs Grech, Mrs Martin, Mrs Jackson, Mr Vine and Mrs Mitchell,” she said.

After graduating, Alicia plans to audition for Performing Arts courses, but is also interested in studying Psychology, which is where her current focus lies. At a minimum, she will do amateur theatre on the side whilst studying.

One way or another, Performing Arts will be in this capable and likable young woman’s life. 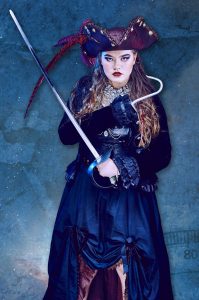