“We are immensely proud of Jordan. He has worked hard to achieve this superb result and always applies himself to his studies.

“It is such an interesting time in human history to be studying natural science and Jordan is well placed to become a future Australian leader in the study of the physical constitution of the earth and its atmosphere.

“Jordan is currently undertaking Unit 4 of Environmental Science and Chemistry as part of his VCE studies and is a passionate, dedicated and thinking student.

“He has an interest in Earth Science and I am sure that his experience in Korea has helped bring his career aspirations into sharper focus,” Mr Maruff said.

The International Earth Science Olympiad involved four theory exams and four practical tests covering all aspects of Earth systems science and planetary astronomy. Topics included the geology of planetary bodies, the formation of rocks, rock and mineral identification, sea-level rise processes and the geochemistry of groundwater. Students also teamed up with competitors from different countries in an International Team Field Investigation, where they analysed the paleoenvironment of a Cretaceous sedimentary rock sequence that contained dinosaur and other animal track trace fossils.

“Jordan is following in the footsteps of Girton students who have gone before him in recent years and secured medals at this important international science event, helping to entrench a strong science-based culture at the school,” Mr Maruff said.

Pictured; Jordan Rogers, far right, at the International Earth Science Olympiad in the Republic of Korea 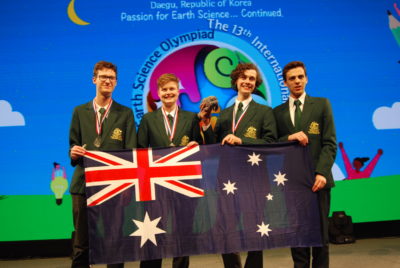 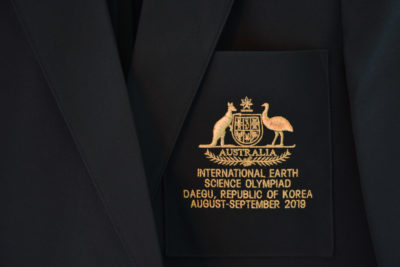 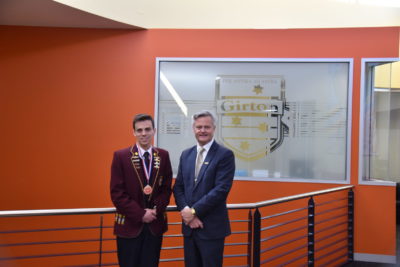