With a grand total of eighteen productions under his 17 year old performers belt, Max Beever is no stranger to the stage, and perhaps this helps account for his acting poise.

Having played Joseph in a nativity play at age three, Max can barely remember a time when he was not rehearsing lines for one show or another.

“I still remember bits of that nativity play. In particular, I remember arriving and seeing all the parents faces,” he said.

Max was born in England where his school offered Music and Drama lessons, which he took to with childhood abandon. He fondly recalls a teacher named Grant Puglia, who to this day he credits for fueling the fire in his acting belly. 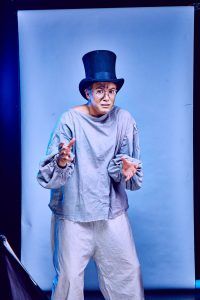 “Grant was an absolute legend. He encouraged everyone to have a go. He always said it was OK if you disliked acting but that if you liked it, you should keep going.

“I was in the latter category of student and by age seven, my teacher had selected me to be our classroom representative in the school Musical. It was called “One Little Cup” and I loved every minute of rehearsals and performing,” Max recalls.

In this year’s Girton Grammar production of Peter Pan – A Musical Adventure, Max plays the character of John, brother to Michael and Wendy Darling. He describes John as a good big brother who looks after Michael.

“I am portraying the character of John as quite shy and very cautious. He has had a tough upbringing and feels somewhat responsible for Michael, but he also thinks that his little brother is a bit stupid at times.

“John has an English accent but it’s pretty roughed up. My friends who know I was born in England are giving me plenty of stick about having come from Bristol,” Max said.

Peter Pan will be Max’s fifth Senior School Production for Girton Grammar School, having done two Productions in the Junior School and the compulsory Year 8 Production, which at that time was Hairspray. He has also acted in five Productions for the Bendigo Theatre Company, including The Addams Family, where as a fifteen year old playing Pugsley Addams, he was the youngest actor on set, his next oldest compatriot being twenty. Last year he played The Ringmaster in Tribe’s inaugural production of Barnum and this year, Max took part in Girton Grammar’s One Act Play Festival, where he and friends wrote and acted their own comedic skit. 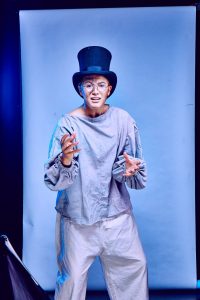 “I am really comfortable with comedic roles on the stage and one of my favourite experiences was acting the cross-dressing role of Francis Flute in last year’s school Production of A Midsummer Night’s Dream at the Ulumbarra Theatre.

“I loved the sense of the comedy building as the show went on and got sillier.

“It’s interesting though, because as an audience member, I prefer tragedies. And the darker the better,” he said.

Performing to a live audience on stage is one thing, but Max has also been a child small-screen star.

“When I was seven years old, I did two television commercials.

“The first one was with Robert Harvey who was an AFL icon at the time. I remember I had to kick a football with him and I loved footy so it was a blast making that commercial for Medibank. I still vividly remember receiving a cheque for the ad and buying a trampoline, which we have to this day!

“I also did a Father’s Day commercial for Kmart and my memory of it is of wearing a really oversized man’s shirt and having to spin around.

“Doing the television commercials helped expose me to a sense of professionalism from a young age and although I did not really appreciate it at the time, I am sure this has helped my stage acting and helped me to understand the importance of being responsive to instruction,” Max explains.

Max plans to become a teacher and recently undertook work experience at Camp Hill Primary School where he was surprised to discover how much he loved being in the classroom with young children.

“My recent work experience placement has cemented in my mind my plans to become a teacher. 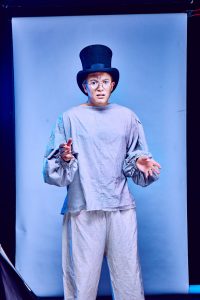 “I had one really special moment when I helped a child in a maths test. She was from Thailand and did not speak English. I wrote some things down for her and suddenly, she just got it, which was incredibly satisfying.

“I am currently studying VCE Drama Units 3 and 4 and Theatre Studies Units 1 and 2. If I ever had an opportunity to audition for a professional show in the future I would grab it with both hands and in the meantime I will pursue studies in Teaching.

“I feel we are really lucky to have the support that we do at Girton. Doing shows to the standard that we do, every year, is incredible.

“Having done what I have done at Girton, I would feel pretty well prepared to do a professional show, if that opportunity ever arose.

“I feel as though the opportunities that we are given at Girton in the Performing Arts are so rare and that our teachers and our Headmaster are really invested in us.

“Mr Pease is excellent with regard to all things practical and he supports us so well emotionally.

“Mrs Grech is always a shoulder to lean on and Mrs Jackson is just a great Performing Arts all-rounder,” Max said.

Max said that being involved in Drama at Girton had too many benefits to name but that the friendships that form is a huge part of being involved.

“Doing a Girton production can leave you with lifelong friends. You spend a lot of time together, you laugh, you cry, you die and get yelled at by Directors, but you’re in it together, so it’s great!

“If I were to give one piece of advice to any student thinking about getting involved in Drama, it would be to just do it. It really is that simple. After one rehearsal, you will quickly figure out that being in a production at Girton is pretty special,” Max said. 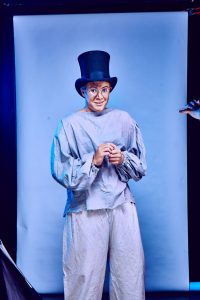 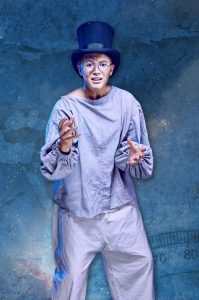