Australian rock legend Mark Seymour, lead singer of one of Australia’s most seminal bands, Hunters & Collectors, will make a special guest appearance at the annual Forever Young community rock choir concert at the Ulumbarra Theatre in Bendigo on 19th September, 2017.

Mark Seymour is one of Australia’s most gifted and respected musicians. He will take to the stage with Bendigo’s hippest seniors and sing rock classics that are etched into the Australian national consciousness, as well as newer songs from his solo albums.

Choir Director and Girton Grammar School’s Head of Music in Junior School, Mrs Laura Dusseljee, said that the choir was thrilled that Mark Seymour would share the stage with them.

“When we announced this year’s special guest, there was a collective gasp of excitement from our eighty or so choir members.

“We have begun rehearsing our repertoire of songs for this year’s concert and the choir is sounding better than ever,” Mrs Dusseljee said.

The Forever Young choir was established in 2011 by Mrs Laura Dusseljee, Head of Girton Grammar Junior School Music Department. It is a community choir made up of approximately 80 senior citizens, the youngest being 64 and oldest 96. The choir sings rock songs of all genres. They are accompanied by the Girton rock band “The Riffs” and the Senior String Orchestra from Girton Grammar School.

Mrs Dusseljee said that the theme for this year’s concert was ‘Home’.

“This year’s theme is designed to encourage the audience to contemplate what ‘home’ means to them.

“For every audience member it will mean something different – a different time and a different place, and our choir members refer to places all over the world as ‘home’ for all sorts of reasons.

“There are so many beautiful, popular and fun rock songs written about home, including some of Mark Seymour’s more recent songs.

“As a welcoming community and a diverse choir, we feel as though this year’s theme reflects what is important to both the choir and to Bendigo,” she said.

Tickets for the annual Forever Young concert are on sale via The Capital (www.thecapital.com.au/Whats_On/Forever_Young). 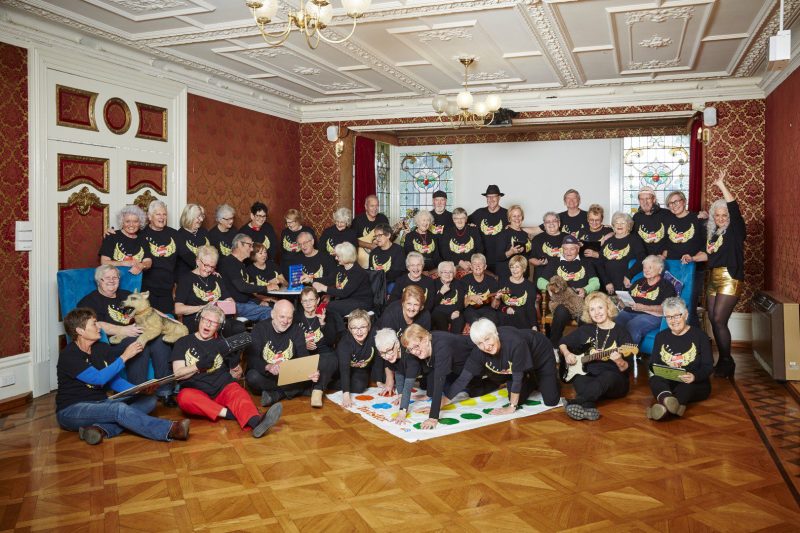