The Girton Racing Team has won the Victorian Champions trophy in the Open Division of the Victorian Jet Couriers Human Powered Vehicle (HPV) racing series and placed second and third in the series in the Middle Secondary category.

The Open team has accrued the most race points across a series of five events all over Victoria, placing ahead of sixteen other teams.

Headmaster of Girton Grammar School, Mr Matthew Maruff, said that this was the first time that Girton had won the Victorian HPV series and the first time any School had finished the series with such high overall results.

“The racing of Human Powered Vehicles and Energy Efficient Vehicles has become an enourmously popular co-curriculum activity at the School.

“What these students achieve with their teachers and on their own time is quite remarkable.

“The combination of skills required to design, build, test and get a vehicle on the track is mind blowing.

“Then there is the actual racing which involves both skill and physical endurance,” he said.

The Girton Racing Team is now turning its attention to the renowned HPV/EEV Energy Breakthrough race to be held in Maryborough from 17-20 November, and on preparing a vehicle to compete in the Shell Eco Marathon to be held in Singapore next year.

Girton Grammar is the only Australian School to ever have been selected to race in the international Shell Eco Marathon which was held earlier this year in Manila and the team has been selected to compete again in 2017.

“At Maryborough, Girton will race two Human Powered Vehicle’s and one Energy Efficient Vehicle, which is undefeated. In a Bendigo School first, one of the HPV teams will be all-female.

“For students who are strong in Mathematics and Systems Engineering, working in combination with fit and skilled team mates, this sport provides a great opportunity for students to immerse in their passions and really test themselves,” Mr Maruff said. 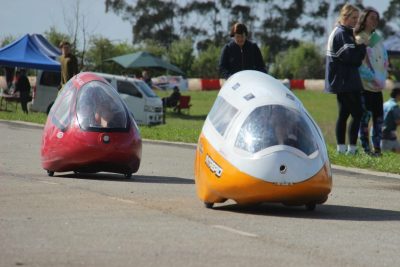 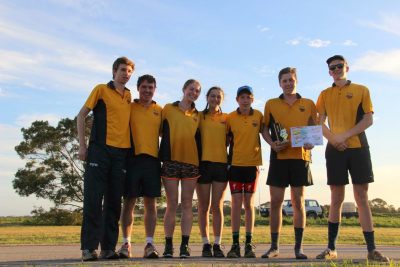