This morning, 10 brave Junior School students had their heads shaved in assembly for the World’s Greatest Shave event.

Each student was personally thanked and presented with a beanie by event ambassador, Mrs Sue Liddell, who works at Girton Grammar School and has survived cancer three times.

Sue’s story is below.

They say some people are naturally optimistic.

But in reality, optimism is a discipline. It needs to be practised to be mastered and to declare it as something that comes without effort is to undermine those who have mastered the art of seeing the bright side of things.

Sue Liddell’s lung cancer was only detected because she insisted on a chest x-ray whilst having a mammogram following breast cancer treatment. The doctor was reluctant, explaining that there was no logical reason why she should have lung cancer just because she had had breast cancer.

She persisted and the x-ray was performed, confirming the worst.

“If I hadn’t had that chest x-ray, the lung cancer would have gone undetected,” Sue said.

“As it happens, lung cancer has few side effects early on and is one of the deadliest cancers because it is often detected too late.

“So my breast cancer, which I had already survived – twice – saved my life by being the catalyst for early detection of the lung cancer,” Sue says, in her matter of fact way, and as only someone living with the cruel relativity of experiencing two types of cancers, three times, possibly can.

Sue Liddell, who has worked at Girton Grammar for ten years and been a Girton Grammar parent for closer to 15, has lived with cancer for 21 years. This means she has had to cope for 21 years, which is why this incredible woman has developed optimism usually the reserve of the very young or the very ignorant.

She is likely to deny it because she is too humble, but she has earned the optimism that is now at her core and become an expert at hanging onto hope. This all makes her much easier company than she should be and combined with her good humour, makes her remarkable.

Two years after Sue’s breast cancer diagnosis in 2001, her beloved husband, Julian, passed away from cancer, leaving behind two daughters, Julia and Aurora.

“My youngest daughter, Julia, was only 18 months old when Julian died, so unfortunately, her whole life has been impacted by cancer.

“I do think that my beautiful compassionate girls are as caring as they are because their life has been shaped to some degree by also coping with cancer.

“My amazing girls have helped me cope and they in turn help many of their own friends deal with cancer in their own families,” Sue said.

Sue reflects on treatment that she has received for her cancer and says it is a very emotional time but that it also makes you realise that you are not alone and it’s quite surreal when you realise how much support is out there.

“I remember a lovely young intern at Bendigo Health who put his hand on my shoulder and said, “We’re going to to do everything that we can to get you through this.”

“Those moments stay with you and give you so much strength.

“I realise that it is ultimately up to me in terms of how I manage but being surrounded by awesome people, like Beth Pennington, my surgeon, helps enormously,” Sue said.

Sue’s optimism is evident too in the humour that she uses to cope with cancer.

“You can’t be a slave to cancer and let it control your life. You have to kick it in the butt!” she insists.

“And on the bright side, I can get my new short hairstyle done with a number 5 shaver for seventeen bucks!”

Sue’s message to the students at Girton Grammar School who shaved for a cure is one of thanks. There is a sense of determination in Sue, when it comes to hanging onto hope, which she says comes from knowing that so many people are working hard to pour research into finding a cure for cancer.

“You have to recognise hope and grab it with both hands.

“The students who are shaving their heads this week should be proud that what they are doing will make a difference.

“Even if the students don’t yet fully appreciate the difference that they are making, and the reasons for shaving becomes clearer in the future, that is OK and still to be commended,” she said. 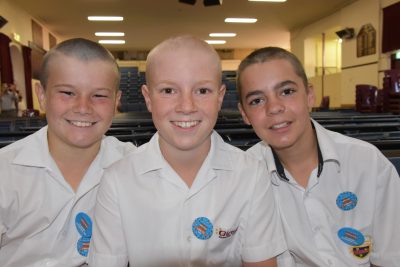 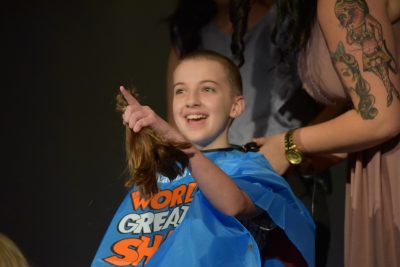 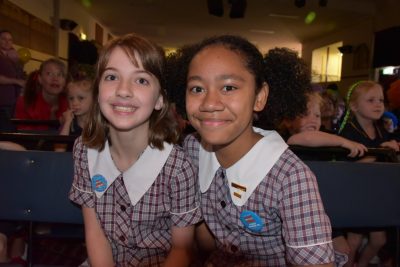 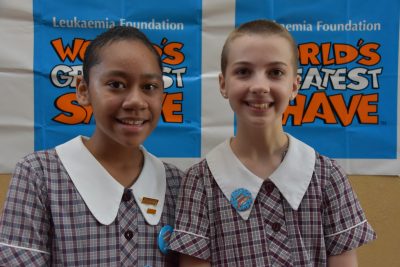 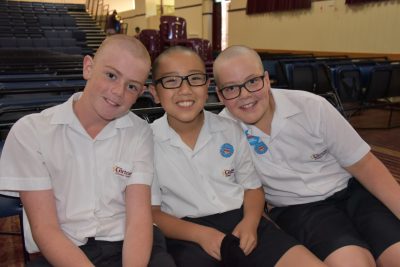 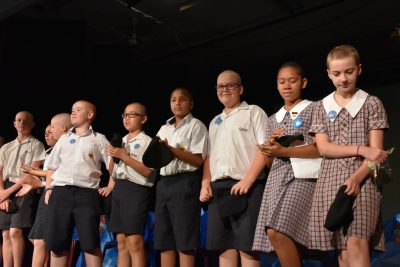 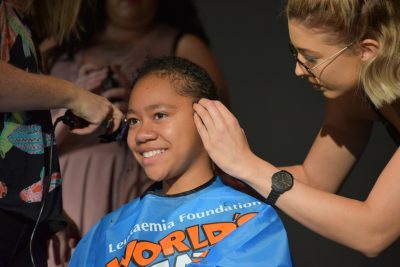 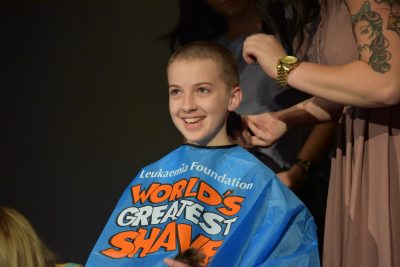 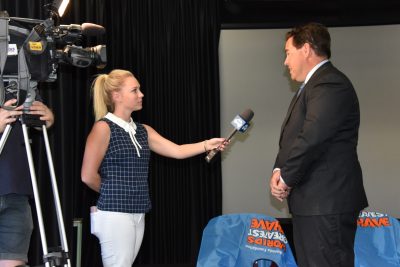